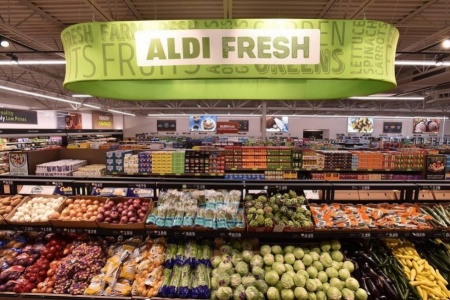 German-owned discount supermarket Aldi Inc is rolling out scores of new products in the United States, in an aggressive push to expand in the country even as rivals are struggling in a drawn-out price war.

A fifth of all products in Aldi stores will be new by early 2019, the company said, adding that it had targeted popular categories including easy-to-prepare food and fresh, organic produce and meat. Aldi said it was halfway through remodeling some of its stores to include more refrigeration space.

Traditional grocers such as Walmart Inc (WMT.N) and Target Corp (TGT.N) have been slashing prices to win back shoppers lost to Amazon.com Inc (AMZN.O) and other e-retailers. Surging commodities and transportation costs are also forcing companies that supply retailers with packaged goods to raise prices.

Aldi, whose products are 90 percent private-label, is far less exposed to these rising costs.

Aldi is also expanding in Britain, where store openings by traditional market leaders Tesco Plc (TSCO.L), Sainsbury’s (SBRY.L), Asda (WMT.N) and Morrisons (MRW.L) have slowed to a trickle. The company aims to have 1,000 UK stores by 2022, up from 762, a top Aldi executive told Reuters in March.

Going to the mall? Prime parking may cost you

How retailers can move at the speed of innovation with microservices