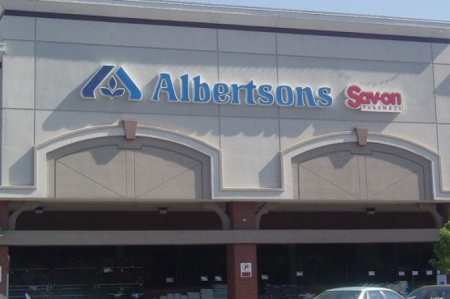 This move checks off a few very important boxes for Albertsons. First and foremost, it will allow the company to finally go public. The retailer, which is owned by private equity firm Cerberus Capital Management, has rapidly built scale through acquisitions and taken on significant debt in an effort to rally potential investors.

A 2015 bid was shelved, and the grocer was said to be making another runat an IPO until Amazon acquired Whole Foods for $13.7 billion. Meanwhile, reports over the past several months linked Albertsons to a few major deals that ended up falling through. It had reportedly made a competing bid for Whole Foods, and tried to acquire Sprouts Farmers Market, as well.

The number of meaningful takeover targets in the industry has narrowed for Albertsons, but in Rite Aid the grocer gains a strong brand in a sector that’s becoming increasingly important for supermarkets.

Rite Aid stores, meanwhile, could get a boost from enhanced food offerings under brands like O Organics, Plated meal kits and more. In recent years pharmacies have increased their grocery and meal offerings, becoming yet another competitor for consumers’ food dollars. With Albertons’ e-commerce capabilities at its disposal, Rite Aid could become an online shopping destination for food and other products.

This deal also positions Albertsons to battle Amazon and Walmart. Amazon recently began offering Prime Now delivery from Whole Foods stores in four markets, and is weighing a move into the pharmacy business, reports note. Walmart’s pricing and e-commerce expansion has also put pressure on grocers to strengthen their positioning.

For all its potential upside, though, Albertsons’ acquisition faces numerous challenges. Rite Aid has struggled against stronger competitors, and it’s not clear how the grocery retailer might improve its fortunes.

“Drug retailing has had its own challenges with reimbursement pressure and weak front-end sales as evidenced in Rite-Aid’s weak profits over the last couple of years, and competing with much larger and more diversified drug retailers like CVS and Walgreens will be a formidable challenge,” wrote Moody’s vice president Mickey Chadha, in an email sent to Food Dive.

Albertsons has also posted tepid earnings in recent quarters as its 20 supermarket brands have struggled in an increasingly competitive environment. The company has made bold moves of late — it bought Platedlate last year and announced a chain-wide expansion with Instacart — but it’s still far from clear if the company will be able to find growth, effectively fend off competitors and pay down its rising debt.