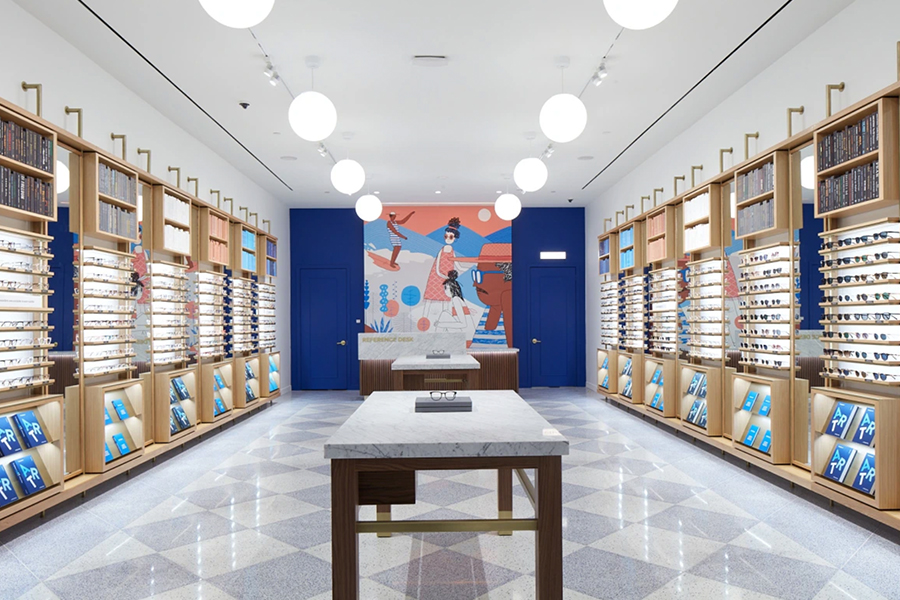 Just one year after a record number of stores closed for good at the height of the pandemic, the retail store has made a comeback, with more store openings than closings in 2021.

This year through Dec. 16, major retailers announced 5,083 store openings compared to 5,079 store closures, signaling that retailers are reaching a balance between online and in-store shopping in the age of e-commerce, according to Coresight Research, a global advisory and research firm specializing in retail and technology.

Major retailers including Walmart, Target and Home Depot beat profit expectations over the last quarter despite supply chain woes slowing down inventory. Tapestry, which owns brands such as Coach and Kate Spade, showed a rebound from the crushing pandemic in the last quarter reporting a 26 percent increase in revenue from last year.

“The fact that retailers are flush with more cash means they are able to stay in some of their physical leases longer and they have more patience to do and think differently,” said Deborah Weinswig, CEO and founder of Coresight Research. “The thing is, you need to have a physical space to mean something to the consumer.”

The slight growth in store openings marks a turning point for retailers in the pandemic. For nearly two years, brick-and-mortar stores have gone cold amid stay-at-home orders, social distancing measures and the rise of online shopping. This forced out weaker retailers and bolstered heavyweights, largely based on how well companies adjusted to the new digital world before the virus struck the country, said UBS retail analyst Jay Sole.

“The pandemic pulled forward a lot of stores that were going to close over time,” he said.

“We are taking a relationship that exists with a customer in-store and strengthening it digitally,” Neiman Marcus CEO Geoffroy van Raemdonck told Vogue Business last September. He added that the company is “very focused on being present for the customer, however and whenever they want.”

What a shopper wants in a store has radically shifted over the last two decades, said Mark Mathews, vice president of research development and industry analysis with retail trade group National Retail Federation. Retail stores traditionally were places shoppers visited to browse and buy, Mathews said. But, even as e-commerce increases its share of total retail sales, the physical store continues to be a place for shoppers to browse new products, make a return or pick up online orders. An annual consumer survey published in December by professional services firm PwC found 55 percent of shoppers reported they shopped in-store weekly or daily compared to 36 percent of shoppers who said they shop that often on their phones.

What a shopper wants in a store has radically shifted over the last two decades.

Physical stores also play a role in ramping up sales, even if they’re made online, Weinswig said. When retailers close down a brick-and-mortar store, online sales plummet by 50 percent on average in that market, she said. Mathews compared it to concerns that the popularization of the ATM would drive out bank branches. Like bank branches, physical retail stores aren’t solely about throughput, he said.

“It’s about brand value,” he added. “It’s about creating experiences and connecting with the brand and about people being able to go to Best Buy and learn about the product they’re trying to buy.”

Some companies who originally sold exclusively online, like Warby Parker, Casper, Allbirds, Bonobos and Dollar Shave Club, have now all either opened their own stores or started to sell on physical shelves. Some previously online-only companies have chosen to add on to their real estate footprint with new stores. For instance, home-furnishings retailer Wayfair plans to open three stores in Massachusetts in 2022, which would bring their total store count to four. Beauty brand Glossier opened a second permanent store in the U.S., in Los Angeles, last month.

“It does appear that mass store closures over the last couple years have kind of settled down,” said Brandon Isner, Americas head of retail research with commercial real estate investment firm CBRE. “[Digital retail brands] now see brick-and-mortar retail as a way to build the brand and get a whole new population of customers that they may not have been able to get from online sources.”

But as retailers tighten their footprint, stores of the future will not be the same. Retailers like Walmart and Allbirds are experimenting with new shopping platforms including livestream shopping on Pinterest TV, TikTok and Twitter. Nike is testing out what’s called “ghost retail,” where shoppers jump into a virtual queue to speak with a store associate who can talk them through products they have at a store without ever leaving their home.

“You build bridges with customers wherever they are, that’s kind of what retail has always represented,” Weinswig said. “We got a little far outfield … [but] to me it is all just retail and I don’t think you can take out the heart and soul.”

The new retail landscape even has space for beleaguered brands such as Toys R Us, which opened up a new 20,000-square-foot flagship store in the American Dream shopping center in East Rutherford, New Jersey, earlier this month. Other retail companies are planning to reopen flagship stores as well, Weinswig said.

“Those stores held different value than realized by retailers,” she said. “Even if those locations are not cash flow positive, they serve a higher purpose.”

Why retail store closures are slowing down after Covid shakeout