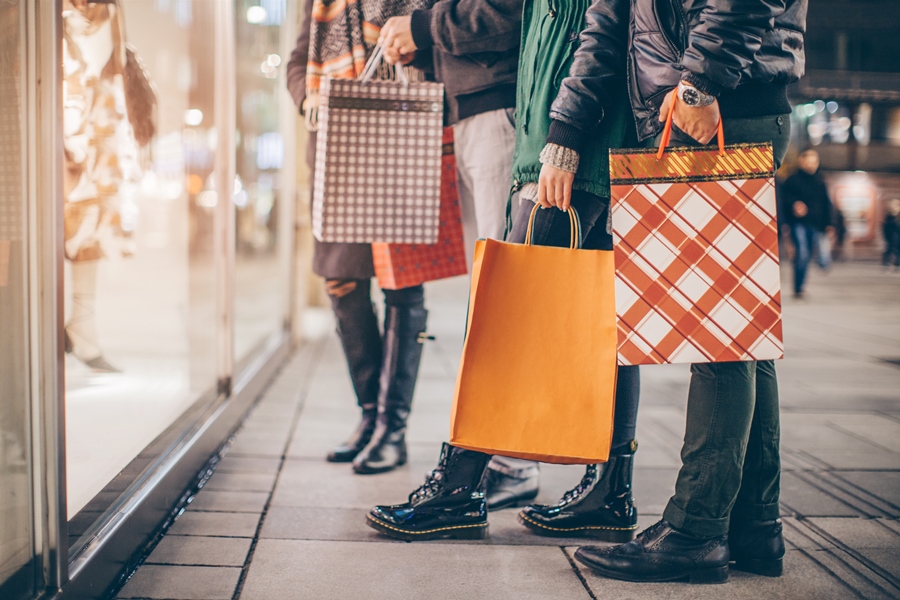 The holiday shopping season has begun in earnest, with nearly 190 million consumers shopping between Thanksgiving and Cyber Monday, the National Retail Federation.

In October, the NRF released its initial forecast, predicting that holiday retail sales in November and December will grow between 3.8% and 4.2% from a year ago. The retail group did not revise its forecast on Tuesday.

The NRF, which has lobbied against tariffs, said the trade war did not hurt spending over the holiday weekend, but it estimates consumers have paid $40 billion due to increased prices stemming from tariffs already in place. President Donald Trump has threatened to impose tariffs on more Chinese goods Dec. 15 if a deal is not reached.

Half of consumers shopped at department stores, and 49% bought goods online, the NRF said. Clothing, toys and electronics were among the most popular products.

On Cyber Monday alone shoppers spent a record $9.4 billion online, according to data released by Adobe Analytics on Tuesday.

Consumers are also starting their shopping earlier than the typical holiday season. More than half had already started buying gifts by the beginning of November, according to the NRF.

By the end of the holiday weekend, 86% of consumers had begun their holiday shopping, up from 77% a year ago. Thanksgiving fell on Nov. 28 this year, the latest since 2013.