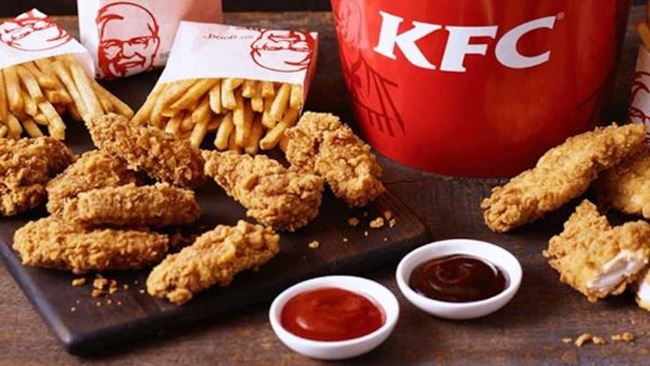 KFC is joining other well-known brands in vowing to cut out plastic waste.  The fast-food chicken chain  said that all its plastic packaging, including straws, plastic bags, cutlery and lids, will be recoverable or reusable by 2025.

“As a global brand that operates more than 22,000 restaurants in over 135 countries, KFC is in a position to have a real impact on how the industry approaches waste and packaging management overall,” KFC CEO Tony Lowings said in a statement.

About 8 million metric tons of plastic waste ends up in the world’s oceans each year, according to the Ellen MacArthur Foundation. The UK non-profit, which focuses on sustainable growth, forecasts there will be more plastic than fish in the sea by 2050.

A slew of companies have introduced sustainability initiatives in recents years, and others are following suit.

KFC’s move comes a day after Walmart Canada said it would curb plastic bag use by 2025, removing roughly 1 billion bags from circulation and introducing paper alternatives to plastic straws by 2020.

In another initiative, PepsiCo is among roughly two dozen consumer companies participating in a program unveiled at the World Economic Forum in Davos that offers products in reusable packaging that can be returned to the store for a refund.

The initiative, called “Loop,” would eliminate disposable containers for food, shampoo, laundry detergent and other products made by some of the world’s biggest manufacturers.

“Removing plastics from the ocean is not enough. We need to get at the whole idea of disposability and single-use items,” said Tom Szaky, CEO of the Trenton, New Jersey-based recycling company TerraCycle, which is behind Loop. “We’re going back to the milkman model of the 1950s. You buy the milk but the milk company owns the bottle, which you leave in the milk box to be picked up when you’re done with it.”

Foot Locker brings its "Power Store" model to the US