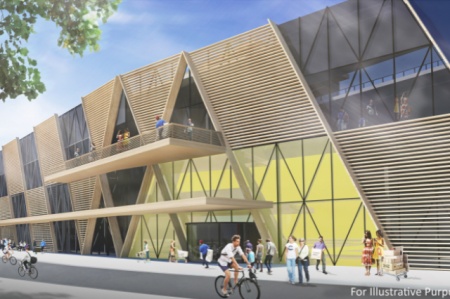 The company said it would submit its planning application to the Royal Borough of Greenwich in Feb.

Ikea has revealed plans to launch a new format in London at the Millennium Way Retail Park in Greenwich that will put the focus on sustainability and community.

The company said it would submit its planning application to the Royal Borough of Greenwich in Feb.

“Sustainability is at the heart of everything we do,” said Joanna Yarrow, head of sustainability Ikea U.K. and Ireland. From the energy and resources we use, and the way we work with communities to the way we can support our customers to save energy, water and waste at home and live more healthily. Our next store opening in Sheffield, England — due to open in summer 2017 — will be our most sustainable store to date.”

The store will be developed in a similar size to its existing London stores which span 355,209 square feet. The home furnishing store plans to implement new elements that cater to its consumer and the environment. The store will feature a new roof pavilion, a biodiverse garden and a community garden. The location will also host a series of events and programs.

The store will be designed “to ensure energy and resource efficiency” via rainwater harvesting and solar panels, as well as energy-saving initiatives. It will also include 75 spaces for bikes, as well as 20 charging stations for electric cars. The store is served by six bus routes. The new store development will see 500 new jobs created, and the company will work with the Greenwich Borough Council and Greenwich Local Labour and Business on recruiting employees.

Sustainability is an area where the company plans to invest. Last year, Ikea said it would reposition to offer more repair and recycle products.

Last year it opened a store in Reading, and plans to open new stores in Exeter and Sheffield. The company currently operates 19 stores in the U.K., and in 28 markets globally.