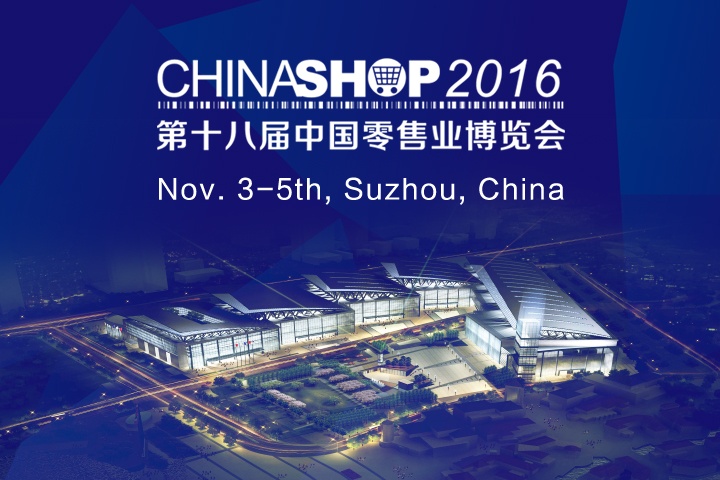 CHINASHOP is a national wide professional retailing show which organized by China Chain Store & Franchise Association (CCFA) since 1998. CHINASHOP received great support from China‚Äôs Ministry of Commerce and local government. It is also a very important platform to display products and latest technologies for all retail companies which not only from China, but from world-wide. CHINASHOP is also gathering the best retail equipment manufacturers and IT suppliers to participate in the show. For those international companies, CHINASHOP is the best way to get touch with Chinese retailing industry and get access to China.

In 2015, CHINASHOP was successfully held at Wuhan in Nov. 5-7. The total show area of CHINASHOP reached 80,000 sqm, the increase rate was 33% which compare to the last year. There were nearly 700 exhibitors who came from many countries participated in the show. In three days exhibition, there were more than 28000 professional attendees who came from retail companies attended to the show. All of these driven CHINASHOP became to the largest retail exhibition in the whole Asia, and second largest in the world.

For most of Chinese retail companies, new technologies, perhaps mobile payments, Internet of things and O2O are really changed commercial world. In order to enhance Chinese retail companies‚Äô competitive advantages, support Chinese retailing industry accomplish its transition, the exhibit sectors of CHINASHOP include four major zones like retail equipment, IT technology, local merchandise and retailer. In addition, CHINASHOP also has some comprehensive show sectors include cold-chain, commercial design, security system and future concept store to reveal the latest trend of Chinese retail industry and give all retailers inspirations about how to accomplish their transition.

Compare to other retail exhibitions in world-wide, CHINASHOP gathered not only the most of top retailers, whole sellers, supermarkets, shopping centers in China, but also the best equipment and IT suppliers in all over the world. For international retailers, CHINASHOP is a reasonable channel to purchase relatively cheap and quality Chinese products and services. On the other hand, because CHINASHOP has the most top retailers in China, international suppliers could get touch with those retailers and promote their products more easily and efficiency.

CHINASHOP 2016 will be hold at Suzhou International Exhibition Center in Nov. 3-5th.