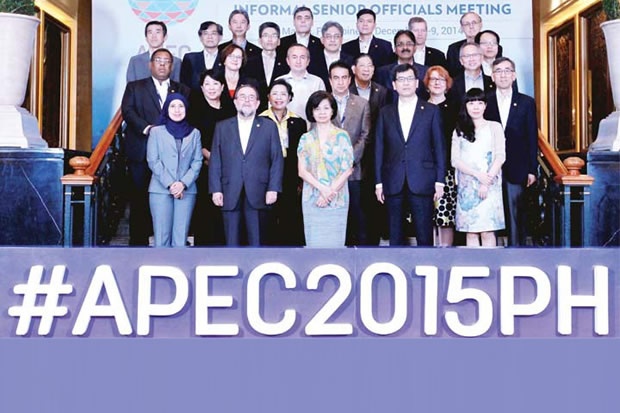 With the theme of “Creating the Future: Better, Stronger, Together,” this year’s APEC CEO Summit is guided by APEC’s commitment to improve people’s quality of life in the region, according to the summit Chairman Tony Tan Caktiong.

As there are about 150 trade agreements in the Asia-Pacific region, both APEC officials and leaders participating in the CEO summit showed the concerns of possible fragmentation in the region and called for a wider Asia-Pacific free trade area.

In his keynote speech here on Wednesday, Chinese President Xi Jinping urged relative parties to speed up the construction of the Free Trade Area of the Asia-Pacific (FTAAP) and promote regional economic integration, noting that the constant emergence of new regional free trade deals has given rise to worries about fragmentation.

He called for concerted efforts to boost the openness of the Asia-Pacific economy and safeguard multilateral trade systems. “We need to devote ourselves to win-win cooperation, resist protectionism and facilitate fair competition,” added the president.

Xi’s remarks was echoed by Russian Prime Minister Dmitry Medvedev who also commented that trade agreements within the APEC region should not substitute the multilateral trade system and already existed economic ties.

Alan Bollard, executive director of the APEC Secretariat, told a press briefing Monday that the free trade agreements situation in the region is “very complicated” and the APEC is working on a strategic study on the FTAAP so as to ensure that there is no overlap and conflicts arise out of the copious pacts.

U.S. President Barack Obama, however, putting an eye on climate change, called on world leaders and the private sectors to address the issue of climate change and encourage more investors to get into clean energy.

“No nation is immune to the consequences of a changing climate,” said President Obama and added that “your businesses can do right by your bottom lines and by our planet and future generations.”

“The old rules that said we can’t grow our economies and protect our environment at the same time, are outdated. We can transit to clean energy without squeezing businesses and consumers,” said the president.

For his part, Indonesian vice President Jusuf Kalla said that the APEC and the Group of 20 (G20) share the common goal of achieving stable economic growth and quality, as well as inclusive growth, since many APEC members are also grouped in the G20.

Strengthening the synergy of policies in both fora will support the recovery and stability of the global economy and ensure that growth would trickle down, said Kalla.

With a major subject here to boost development of micro, small and medium enterprises, Founder of Alibaba Group Jack Ma said that the global economy needs an “e-WTO” or “WTO 2.0” — upgraded trade mechanism in the era of e-commerce — so as to help small businesses, which is in line with this year’s APEC meetings, namely “Building Inclusive Economies, Building a Better World.”

His Alibaba had empowered more than 12 million businesses, most of which are small ones, in China. “We help them sell and buy on-line, we help them work efficiently. This thing can be working in China, why can’t it work in other parts of the world,” he said.

The Alibaba founder said that small guys are the most innovative forces, and a real trade treaty should be an agreement between businesses. “Business agree, then government follow. We have being waiting for the Doha Round for so many years. Let’s work out a solution.”

While, for Tony Fernandes, CEO of AirAsia, he called here Tuesday on Asian-Pacific businessmen to invest in the region of the Association of Southeast Asian Nations (ASEAN) as the ASEAN region has a huge potential for APEC economies. He said that ASEAN has a potential market of 600 million people, slightly more than Europe’s population.

The Philippines, the host economy of the APEC 2015 CEO Summit, on Wednesday handed the hosting of the next summit to Peru.

Juan Raffo, chairman of APEC Business Advisory Council 2016, said that the southern American country’s economy has really been a showcase of success of the latest eight years in which the country have the pleasure of hosting an APEC CEO Summit.

Raffo said it is not an easy time currently and his country expected to continue improving its inclusion, adding the year of 2016 will be an opportunity for all of APEC members to know Peru.

Peru is “really a neighboring country of the Philippines. All we have in between is a little bit water. Be bold enough to venture,” said Raffo, adding the theme of the next summit will be “human development and quality growth.”